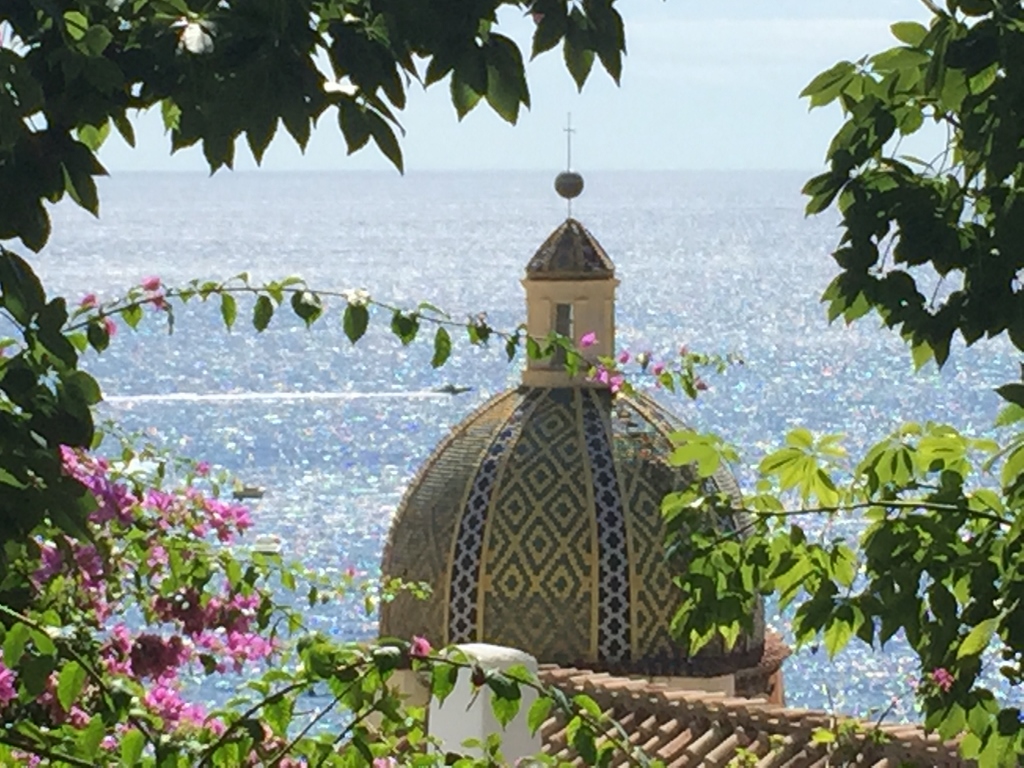 I must be the only person alive who doesn’t love Positano.

Call me a freak, but Postiano’s supposed charms have not revealed themselves to me, and I just don’t understand the fuss.

I went because how could you be in that neck of the woods and not go, right?

But once there I found myself so underwhelmed, annoyed even. I lasted a whole two hours and then I just had to get out of there. We ran to catch the next ferry back to Amalfi (NB I’m not known for running anywhere).

Sure it’s pretty and all, but no prettier than any of the other villages along the Amalfi coast. 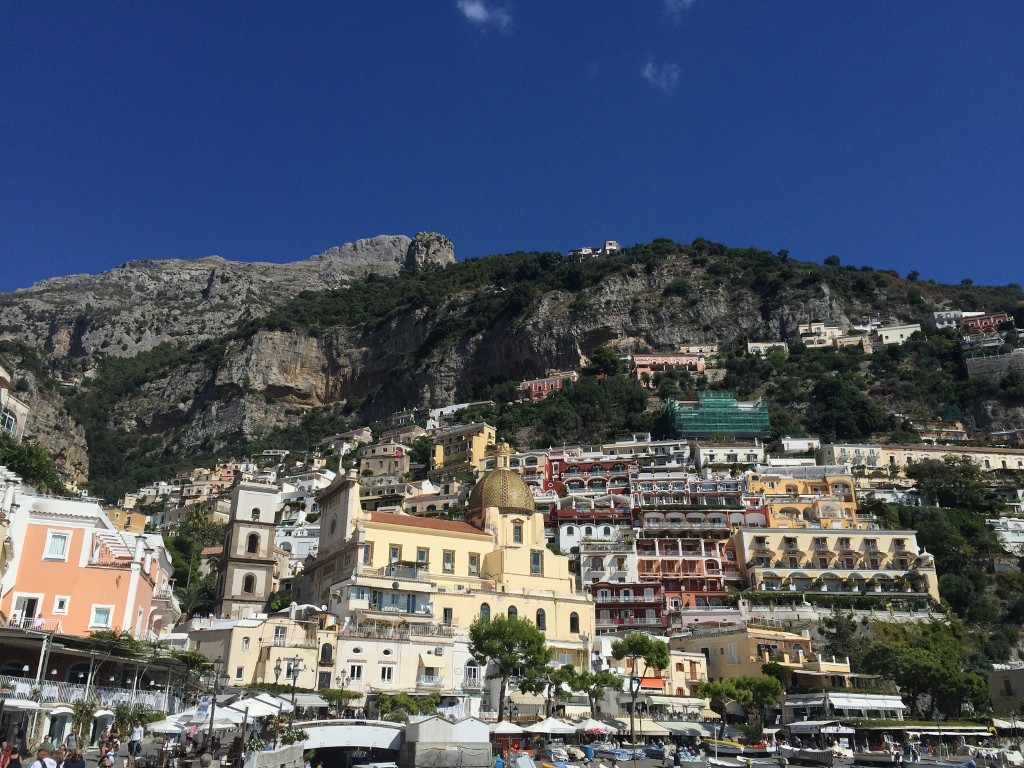 Our first glimpse of Positano from the ferry. So far so good … 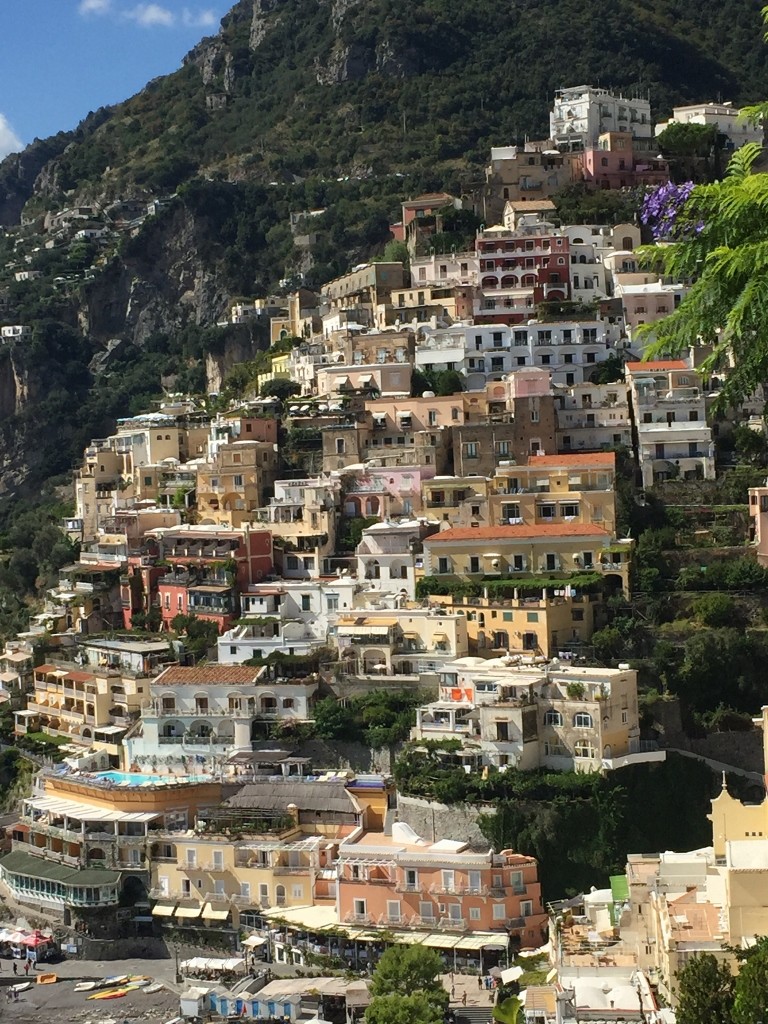 It’s chokkers full of tourists, so much so it’s difficult to even walk through the streets. I only wish I’d thought to take a few photos of the crowds to show you.

We had no definite plans while there apart from seeing the Black Madonna (more on that later) and were carried along by the crush of people, eventually finding ourselves up high above the main part of the village where things were thankfully a bit less frantic. 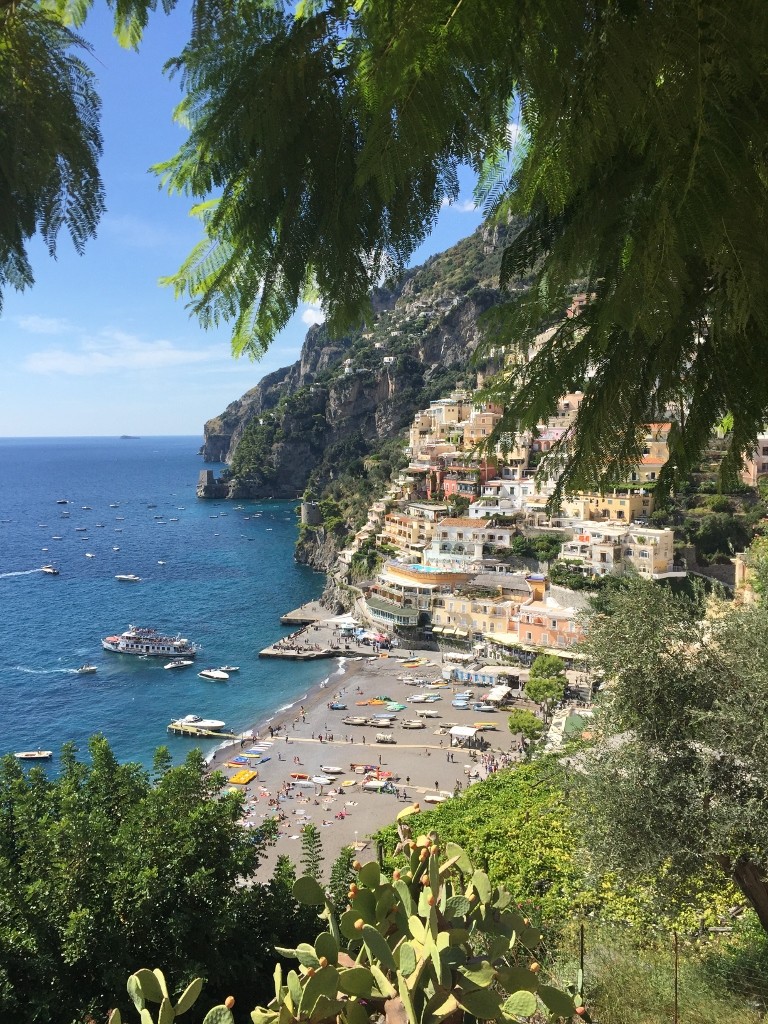 The beach is really ordinary, and right next to where the ferries come in. 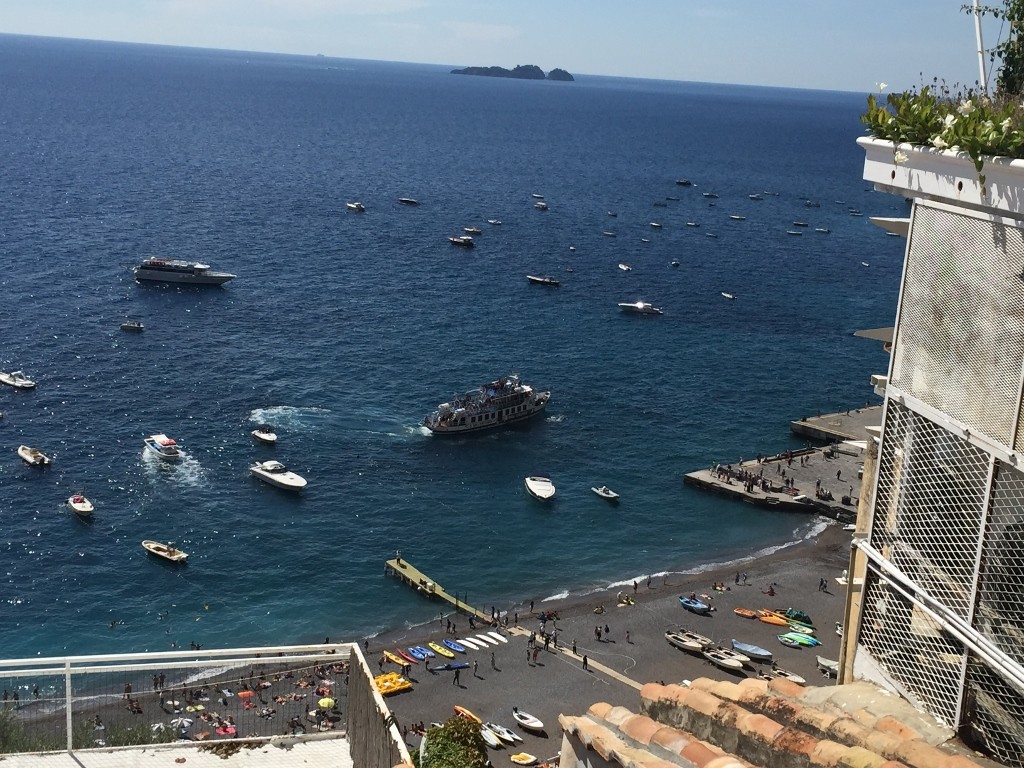 And there’s absolutely nothing to do except go shopping. I’ve mentioned before I’m not fond of shopping while travelling – it takes up too much valuable time that could otherwise be spent exploring. And in any case, they just weren’t my type of shops.

Although I did happily stumble upon one dusty old antique shop at the top of the village and this quaint petrol station. 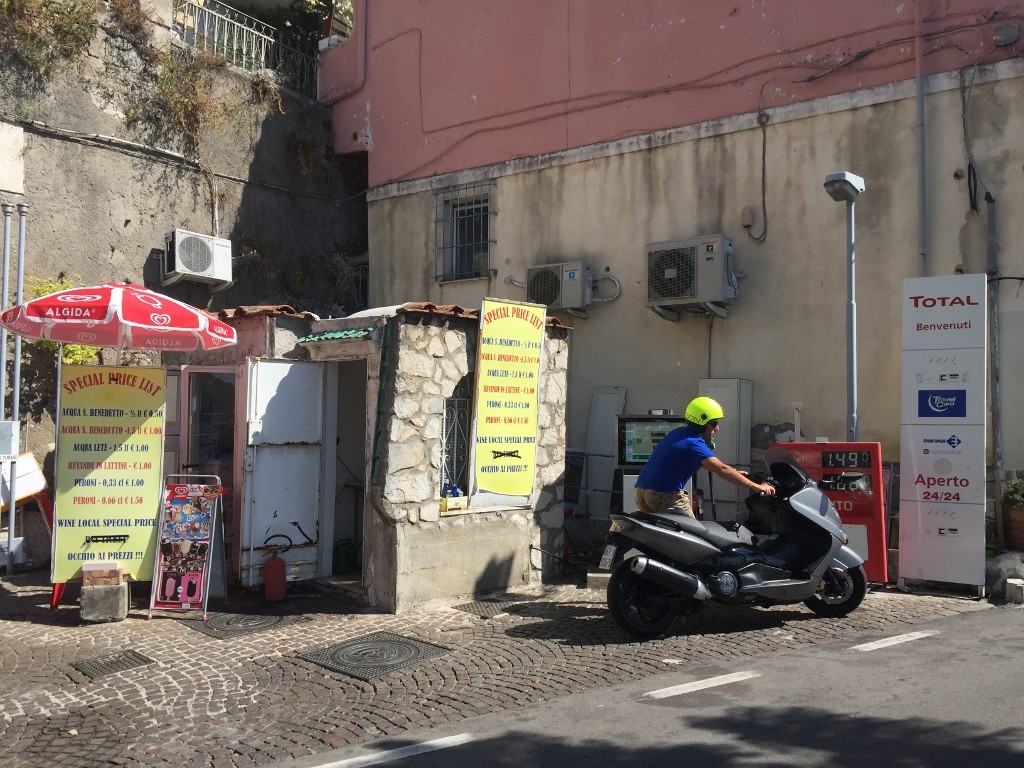 I stalked a nun. 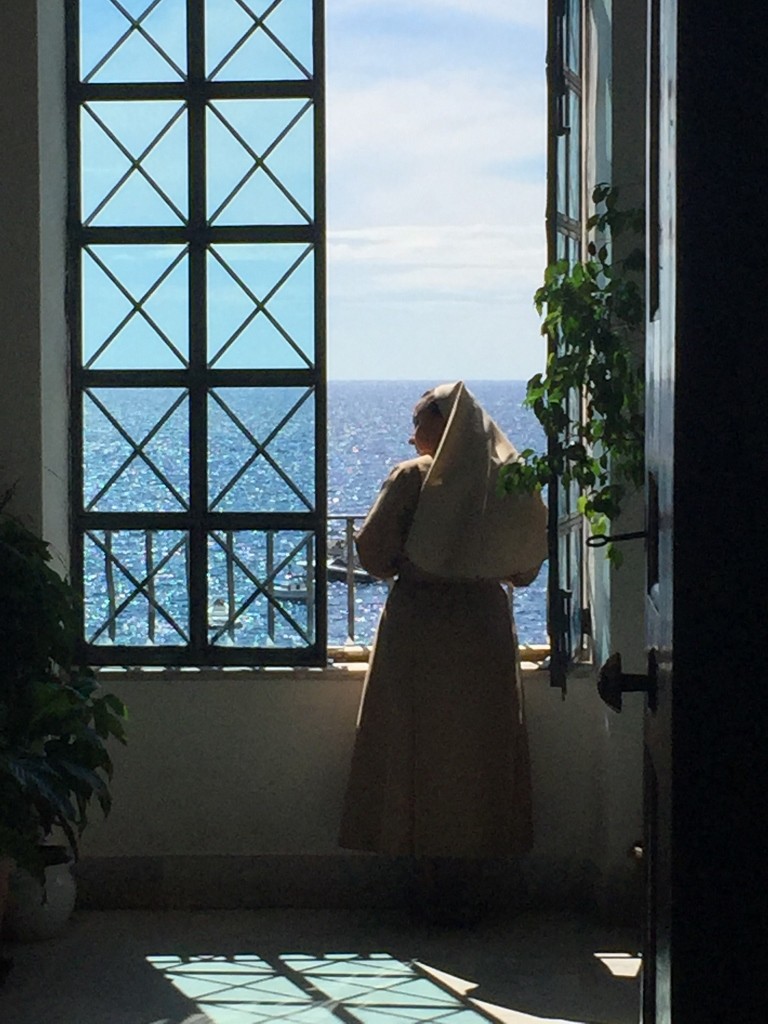 I’d heard there’s a black madonna in a church here (I’m quite fond of the black madonna and will go out of my way to visit her), but even that was disappointing, being a painting rather than a statue. 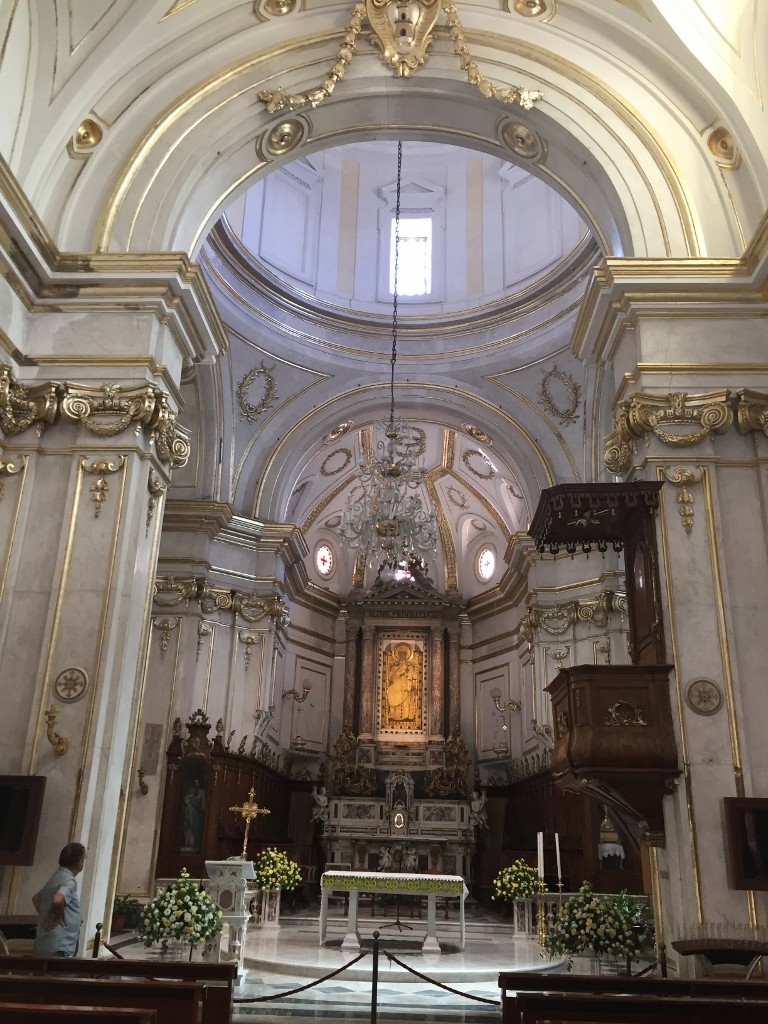 We had some lovely lemon granita.

We saw some nice but very overpriced ceramics.

We bought some gin and some giant lemons for our G&T’s back on our beautiful balcony in Atrani.

I think to really enjoy Positano you need to stay in a fancy resort, lounge around the pool and eat in the Michelin starred restaurants. Call me strange but that’s not my idea of travelling fun.

Have you been to Positano? What did you think of it? Please fill me in on why it’s so popular!

If you enjoyed this post you can read more about my Amalfi Coast adventures here: Atrani, Ravello, Capri 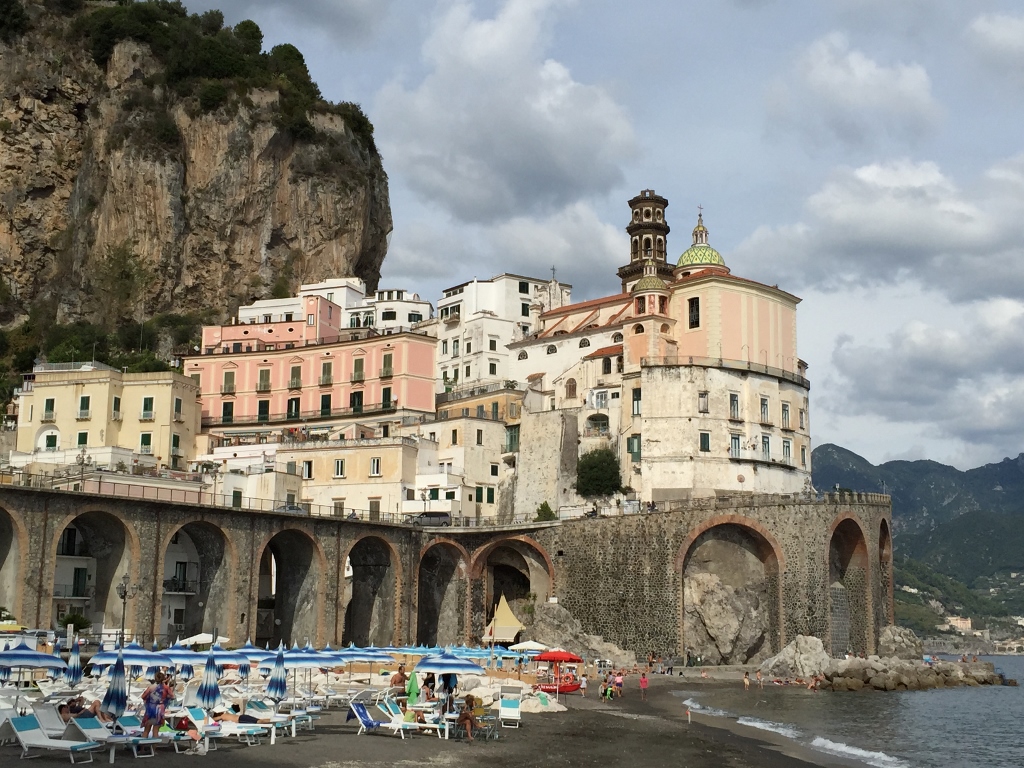