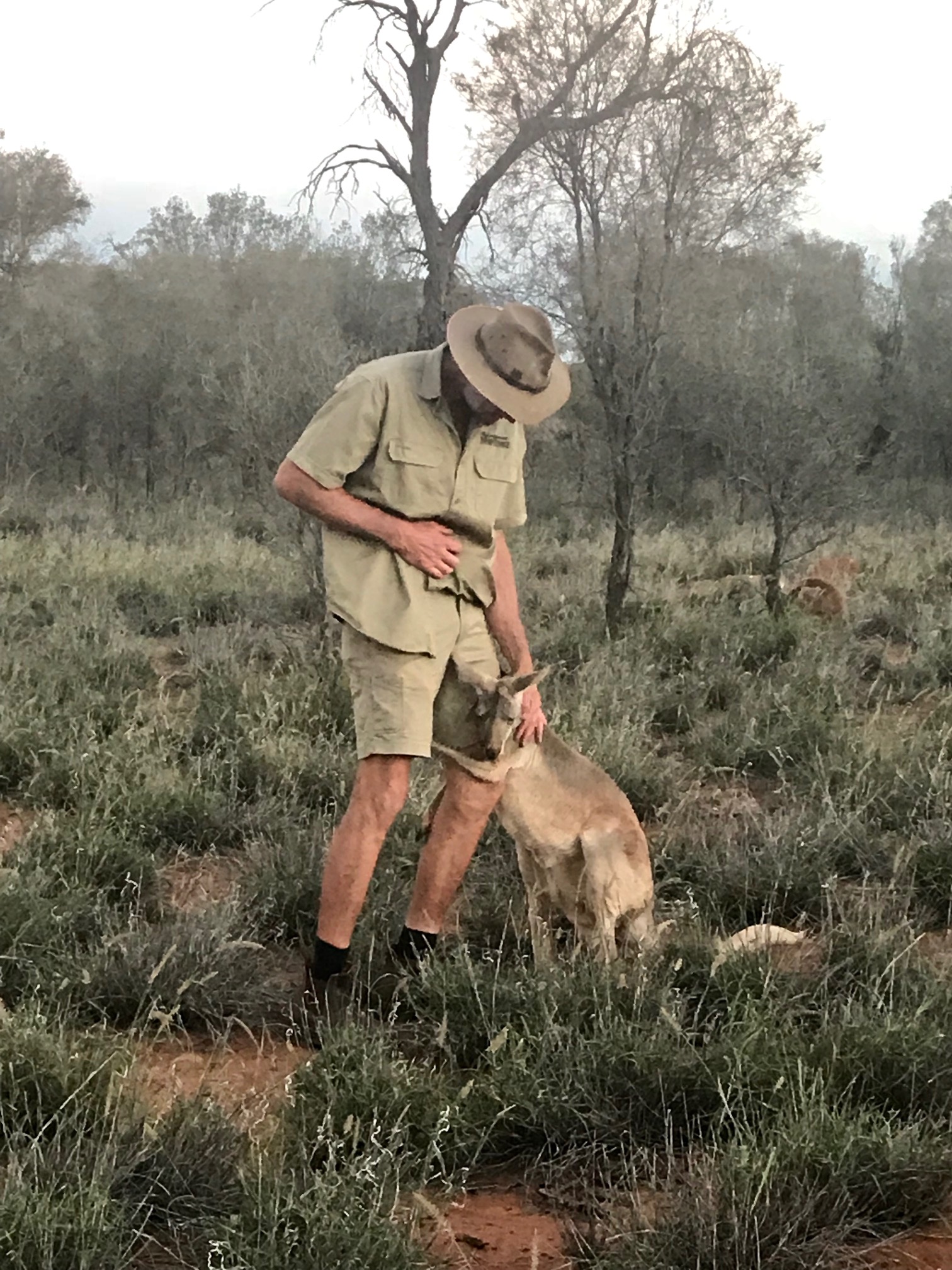 If you’ve been reading my blog for a while you’ll know that my travels are often inspired by things I see in movies or on TV. And that’s exactly what happened with the Kangaroo Sanctuary in Alice Springs. I saw the BBC documentary “Kangaroo Dundee” many years ago now and fell just a little bit in love with Brolga and his orphaned kangaroos. I also follow the sanctuary on Instagram and have come to know all the kangaroo ‘stars’ quite well.

Visiting the sanctuary has been on my bucket list for ages now, but Alice Springs is so far away (and expensive to get to) that I just never got around to it. However, all that changed when my mother passed away earlier this year. One of the effects of this on me was a feeling of urgency; that I needed to start doing all the things I really wanted to do. Every year I write my goals, but this year I wrote goals for the rest of my life – and visiting the Kangaroo Sanctuary was on it.

Fast forward to Easter and I’d booked one night in Alice and two tickets to the sunset Sanctuary tour. You can only visit the sanctuary on a tour, and at the moment they run every Tuesday-Friday afternoon. They keep the location a secret, and part of the deal is that you get picked up and dropped off on a bus.

We nearly didn’t get there…

Our pickup time was 4.30-5pm and we were there right on time, and very excited. 5pm came and went with no sign of any bus so I called the after-hours number. No answer. I called that number every 10 minutes. Panic set in, and then quiet despair. I was sure they’d forgotten us. The minutes ticked by …. At 5.35pm they finally called, having realised their mistake, and a few minutes later a car pulled up to take us to meet the bus at the sanctuary.

By the time we arrived, Brolga had already started his talk, so he asked us what we knew about the sanctuary. Within seconds he worked out I’m a complete nerdy fan, so luckily I was the first to cuddle one of the Joeys. This is Bradley. 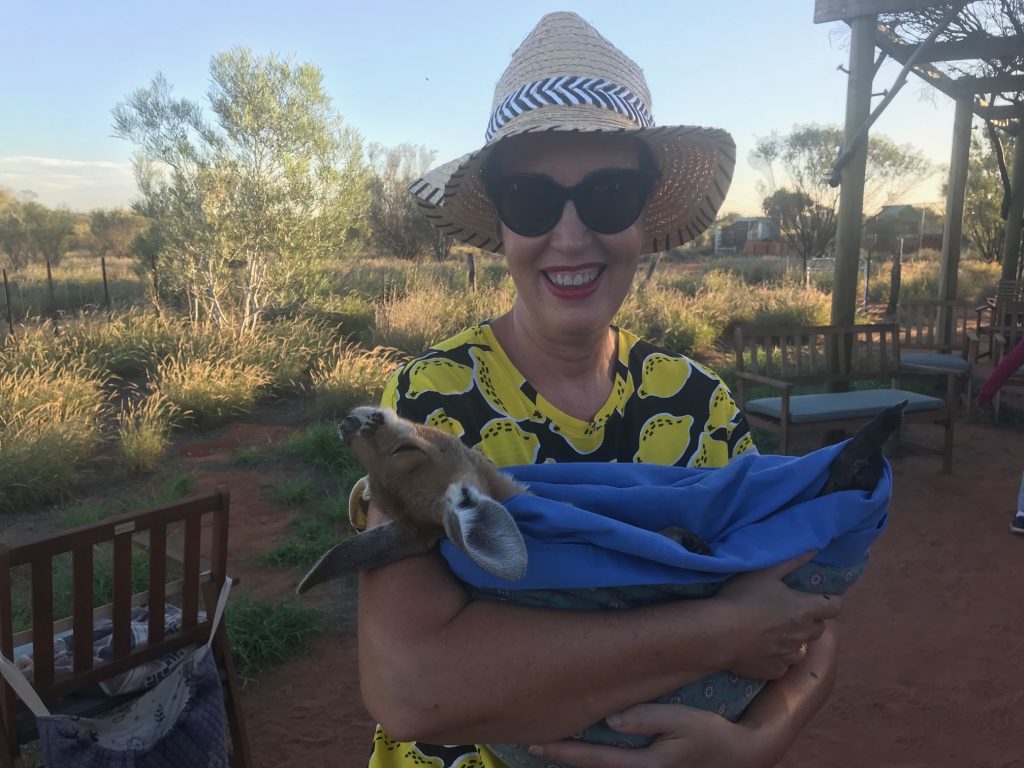 Everyone had an opportunity to hold one of the two joeys in pouches as we walked around the sanctuary. 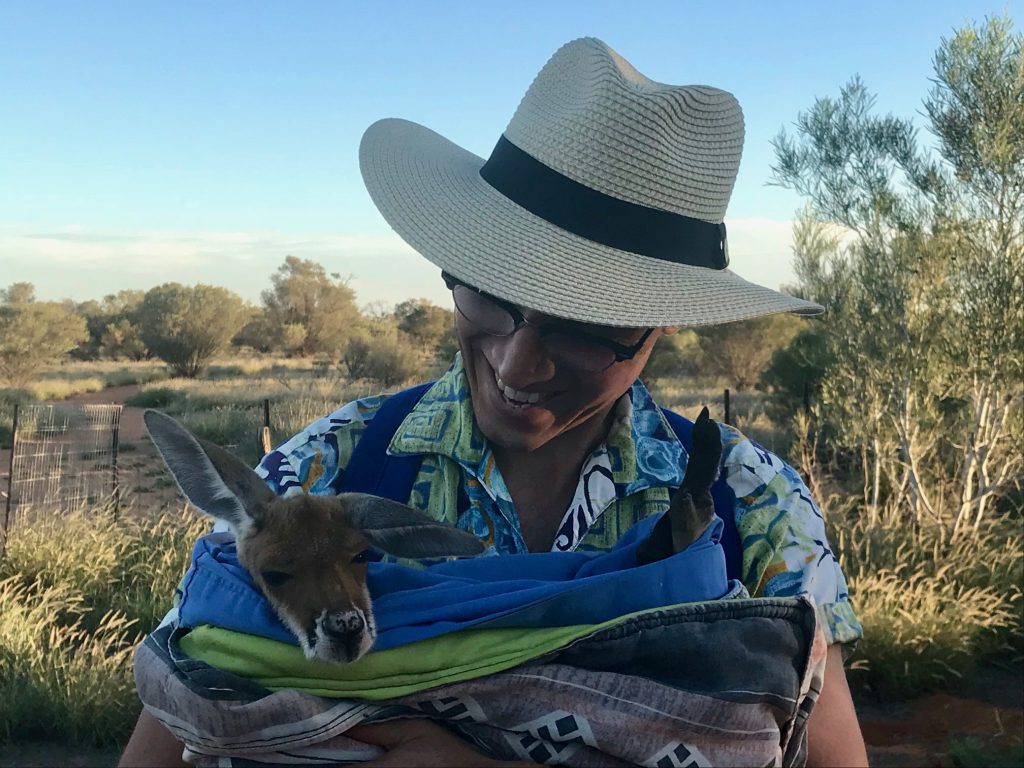 And I got to feed Milly her bottle of kangaroo milk – this was special – there were only two bottles.

But I think I was most excited about meeting Roger. Roger used to be the alpha male and consequently, boss kangaroo. He was strong, fierce, and in his heyday liked to chase Brolga in an attempt to box him into submission. Brolga is a very tall chap at 6 feet 7 inches and male kangaroos see him (and other tall people) as a threat. When they’re fighting for top spot in the mob they stand on their tail and draw themselves up to their full height, and they think this is the pose Brolga’s adopting when he’s just walking around, minding his own business.

Here’s Roger when he was alfa male, crushing a bucket Roger had thrown at him to slow his progress while chasing him. It sounds amusing, but Roger actually injured Brolga quite close to a delicate area during one of these skirmishes. 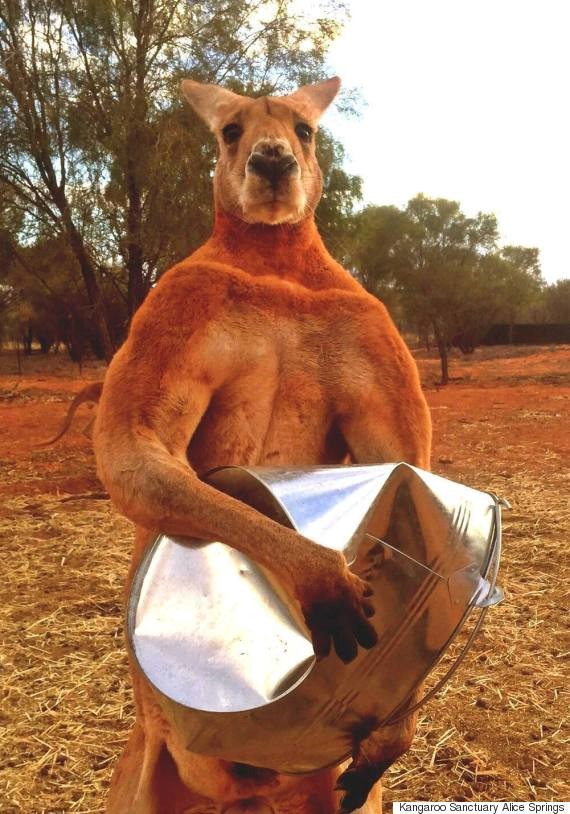 This is the photo that made Roger famous around the world. He’s even been awarded by a bodybuilding association in the USA for his impressive physique! 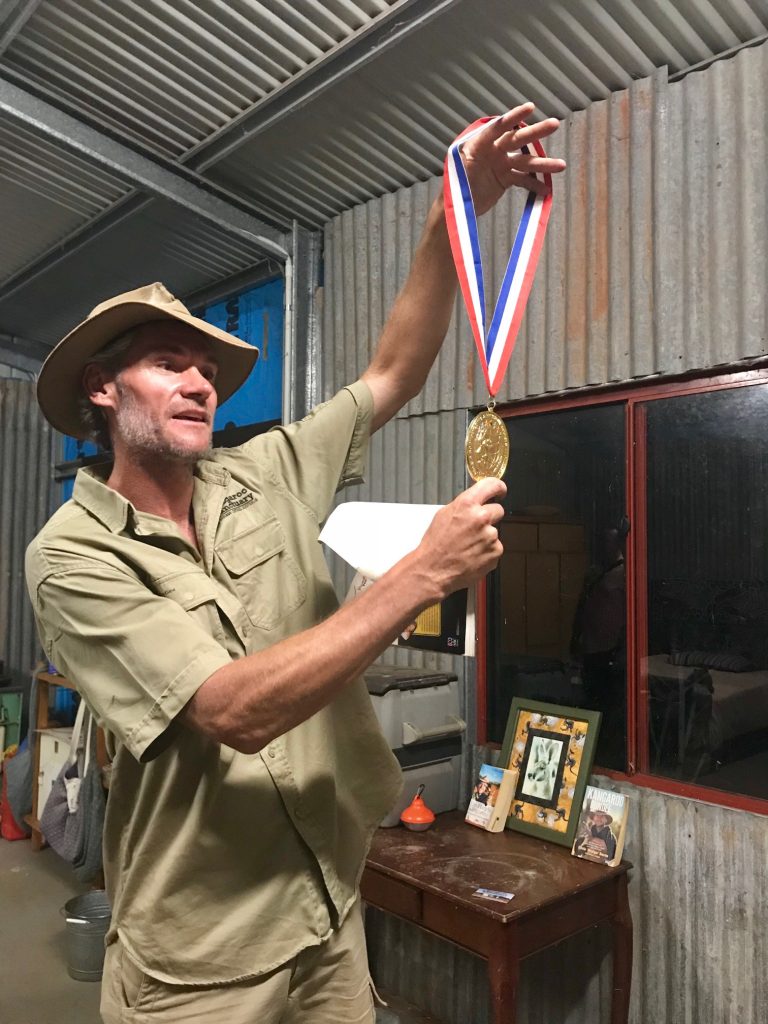 Anyway, Roger’s son Monty is now the top roo, and Roger is enjoying his retirement. 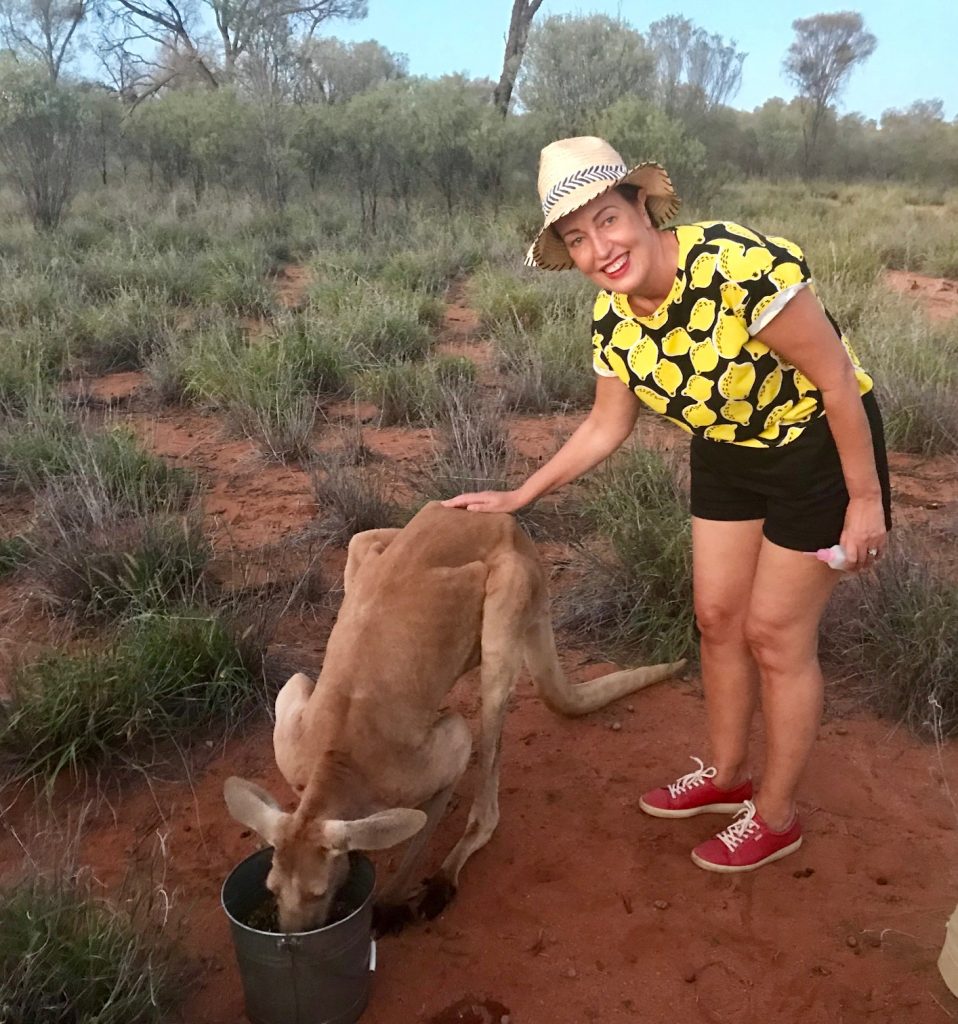 The tour is a delightful experience. After an introduction by Brolga, you walk around the sanctuary following him as the sun is setting, stopping whenever you come across some kangaroos. It’s a large place so you don’t know who is going to appear, but we saw all my favourites except Indie. 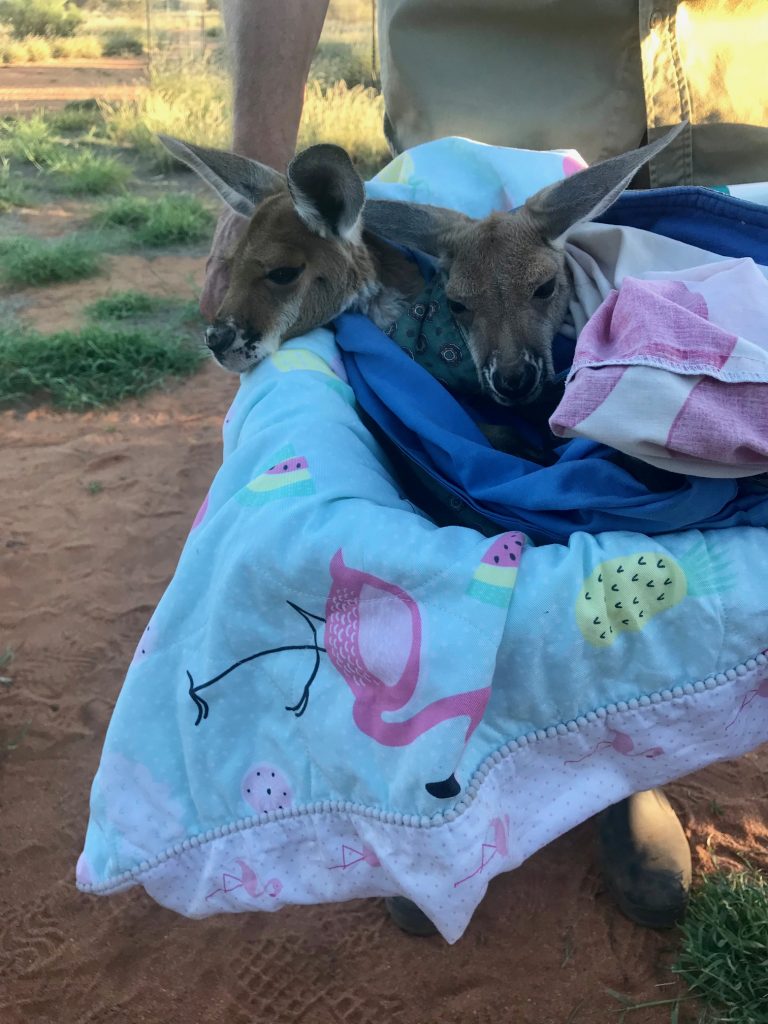 Having followed some of the kangaroos for a long time, I feel I know them, and they feel like old friends. Meeting them was just like meeting human Instagram friends in the flesh!

Brolga’s an inspiring person who set up this sanctuary after receiving a $110K inheritance from an uncle, most of which was spent fencing the property. The sanctuary is now funded solely by the tours, and while Brolga is inundated with sponsorship and TV/film offers, he’s quite selective about what he accepts.

It was so wonderful to meet someone who loves wildlife as much as I do, and who has devoted himself to their welfare. It just seems incredible to me that one person can be so devoted to them, expending so much effort to raise orphaned babies, when Australia allows kangaroo culling, and rednecks hunt them for sport. The sanctuary gets on average one new orphan every day. Most are reared with minimal human contact, so they can be returned to the wild, and some live in the sanctuary as ambassadors for their wild friends.

Tours cost $85 and can be booked online here

I’ll leave you with Brolga’s tips for rescuing orphaned joeys: If you see (or hit) a kangaroo on the road – pull it off the road when it’s safe to do so, and if it’s a female check its pouch for a joey or the surrounding area for a joey that might have been ejected in the collision. Wrap the joey in an old pillowcase or your t-shirt and keep it close to you (put it next to your chest) to keep it warm and feeling safe, then call the local wildlife rescue service. You can offer water, but don’t feed them anything.

Thanks Brolga for a fabulous experience, and for looking after the kangaroos! 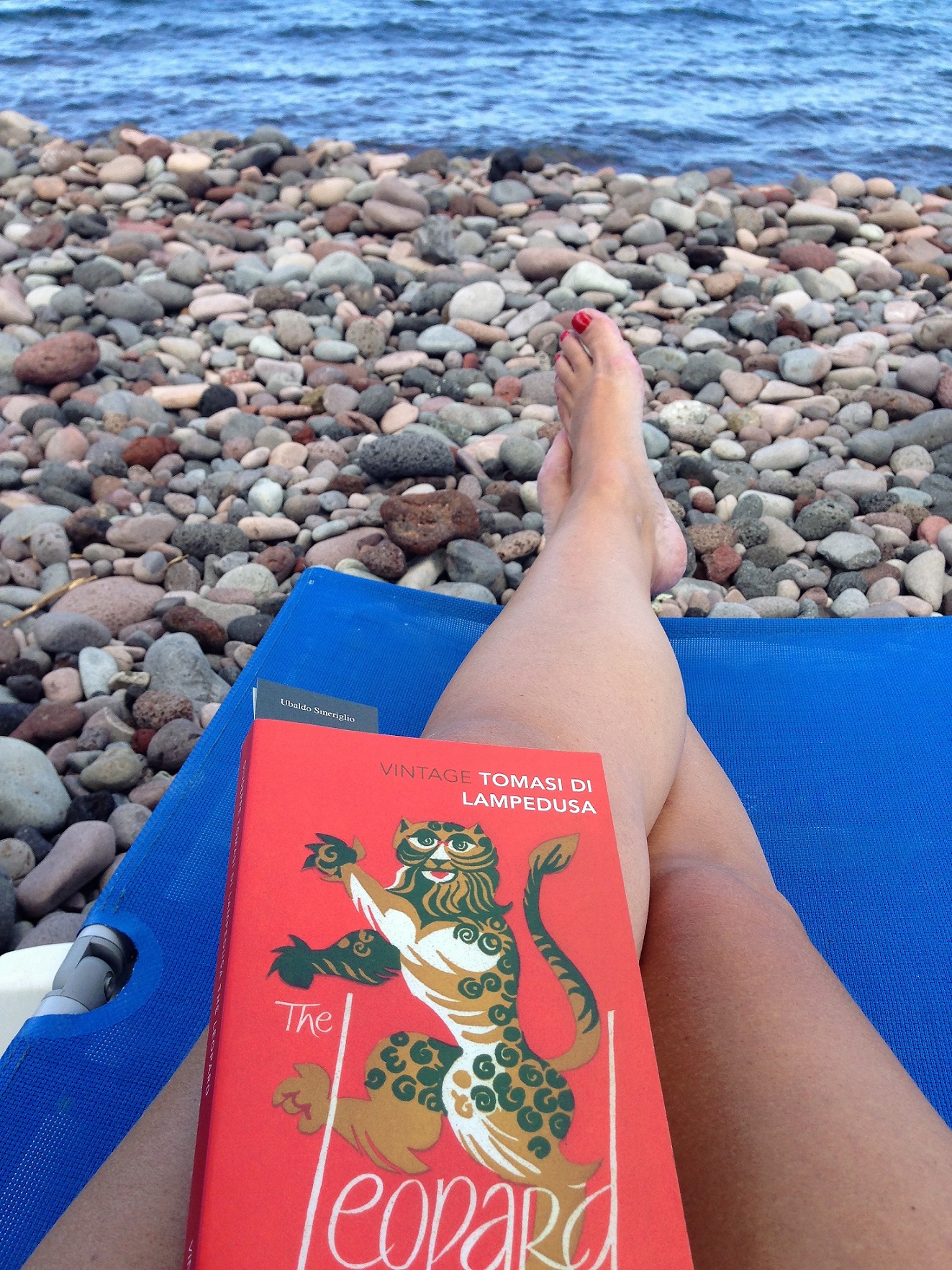