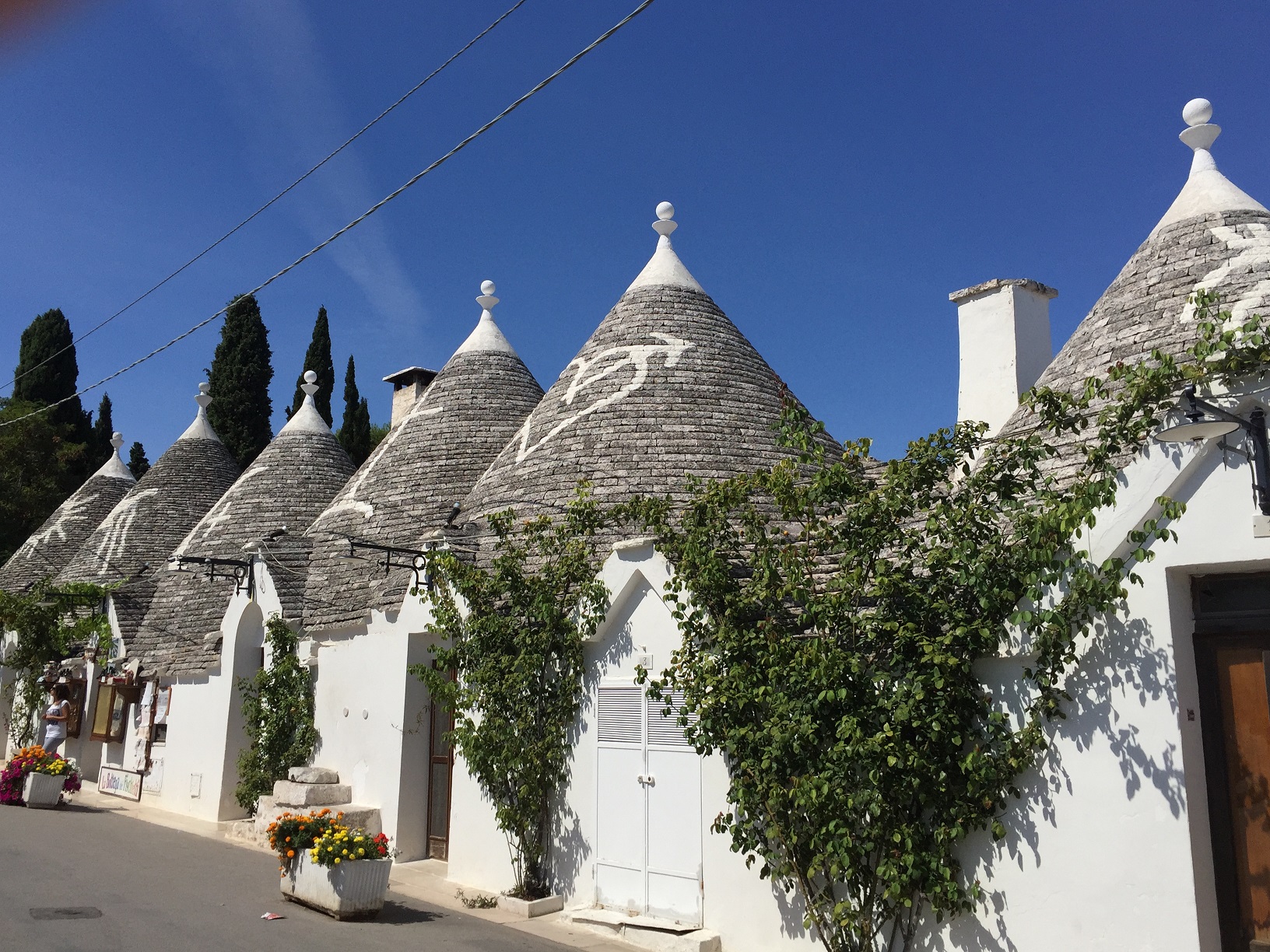 Alberobello is a place worth going out of your way for.

It’s famous for the trulli – round houses with conical roofs that when seen en masse, look just like a fairy wonderland. 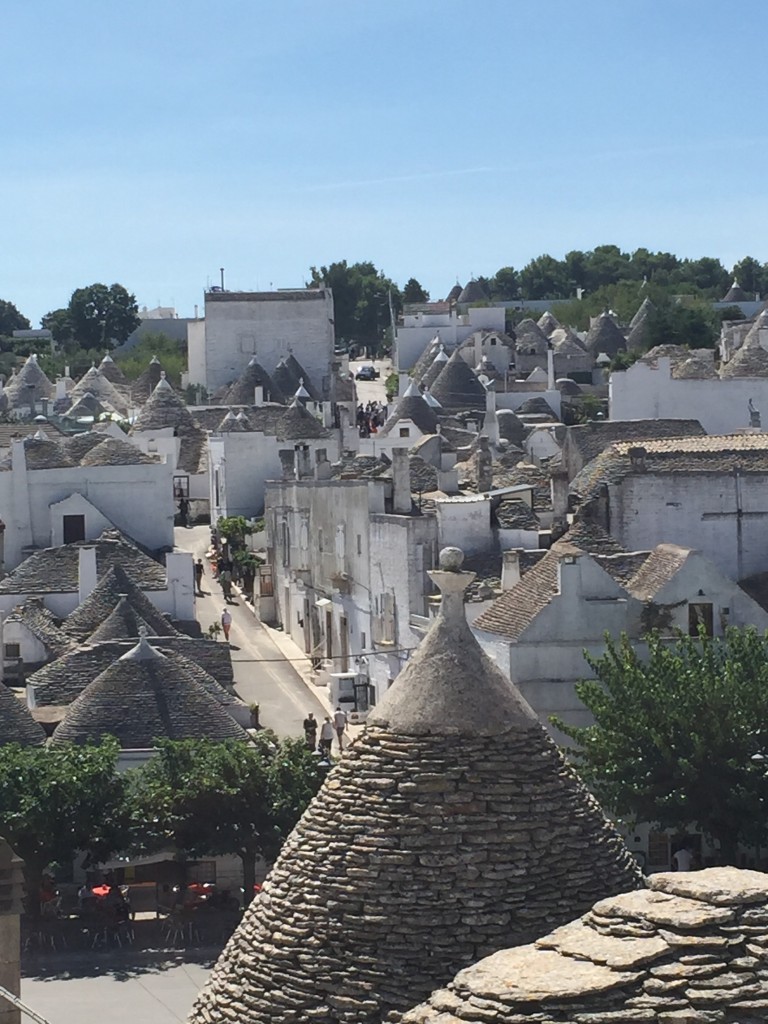 These buildings are specific to the Itria Valley, in Pulia.  The biggest concentration is found here in Alberobello, but they can also be found in the areas around Locorotondo, Fasano, Ostuni, Cisternino, Martina Franca and Ceglie Messapica (all quite close to Alberobello).

There are many theories behind the origin of the design. The one I like is a typically Italian one: its design was to fiddle taxes and fool the authorities. The local feudal lord, Count Acquaviva, moved his peasant workers here to clear woodland and cultivate the land. To wriggle around laws and taxes, it was important that Alberobello couldn’t be classed as an inhabited settlement. So until 1797, when Alberobello was finally given ‘town’ status, the people had to live in trulli, which could be dismantled in a hurry when necessary.

The town is divided in two: Rione Monti, which caters to tourists is really crowded, and Aia Piccola, which is mostly a residential area, and fairly empty. It’s a mystery to me why there’s a difference in tourist concentration, as they’re both beautiful. Go to both, and if you get there early go to Rione Monti first before the tour buses arrive.

Alberobello is the sort of place where you just need to wander and take it all in. 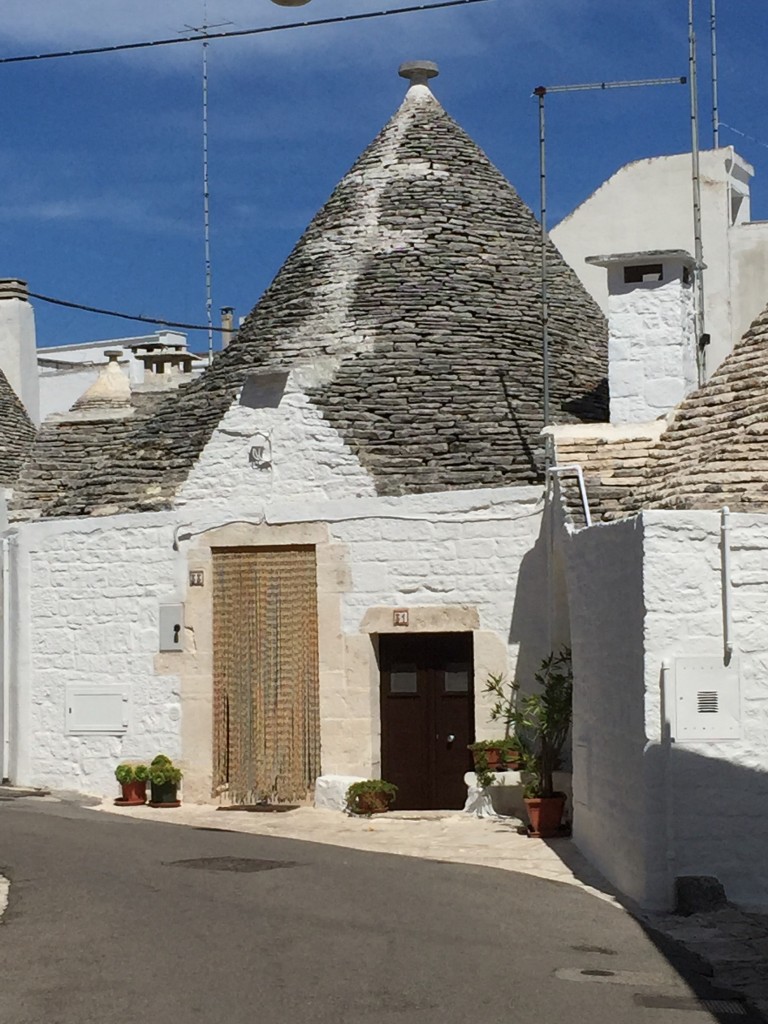 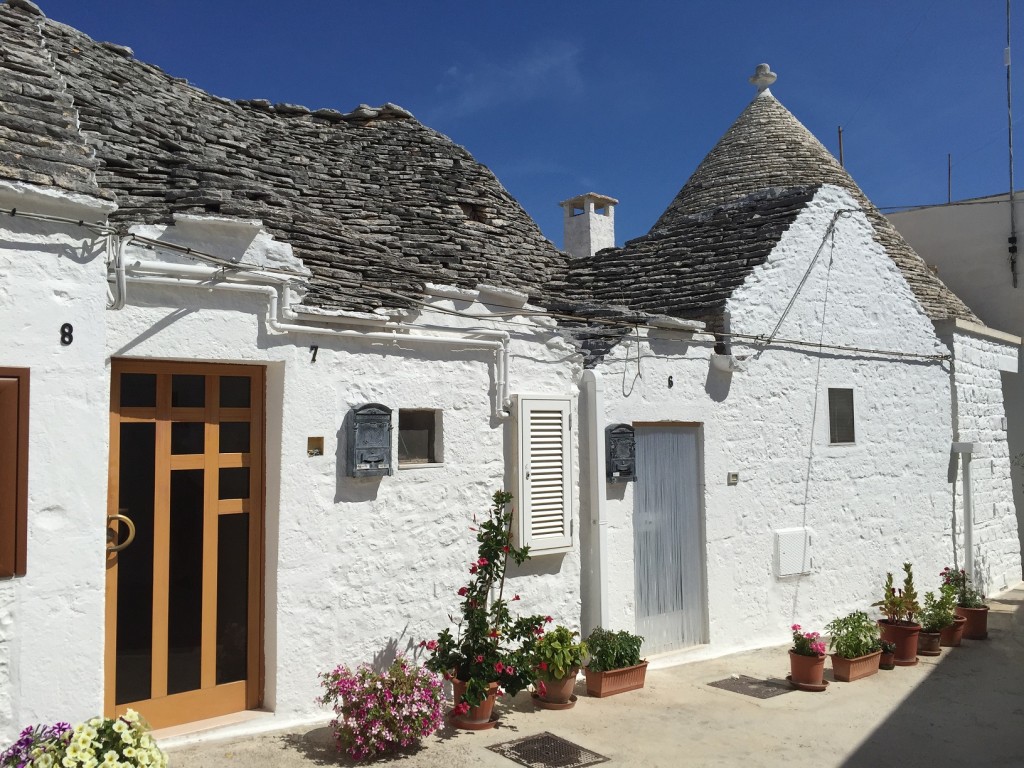 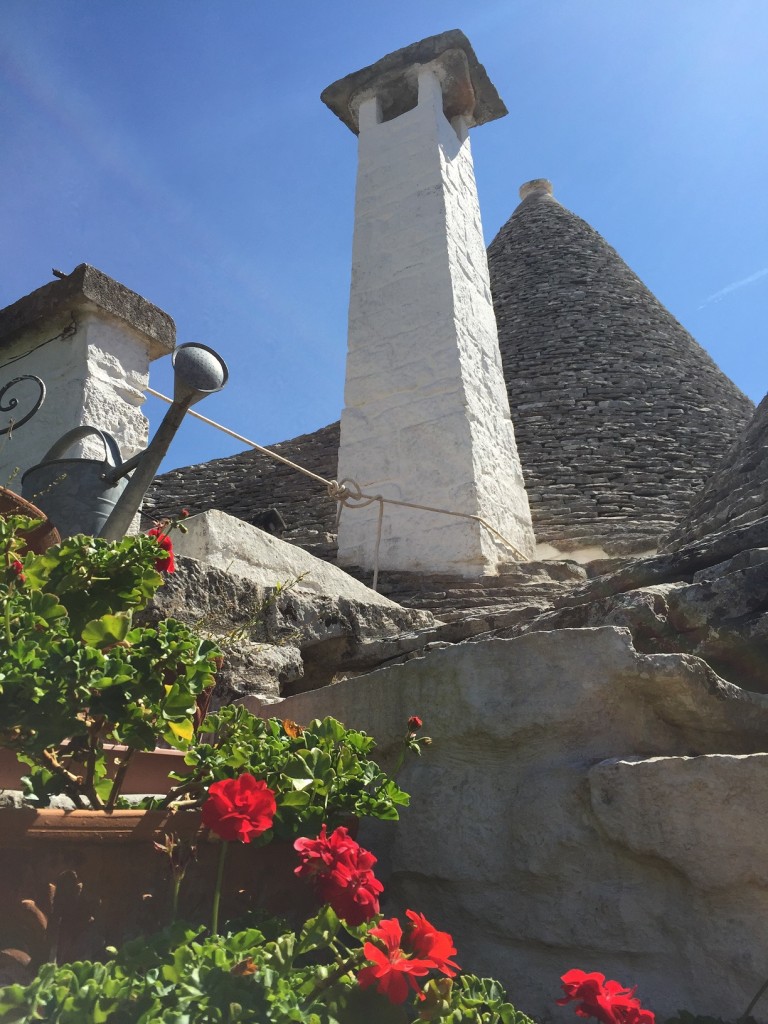 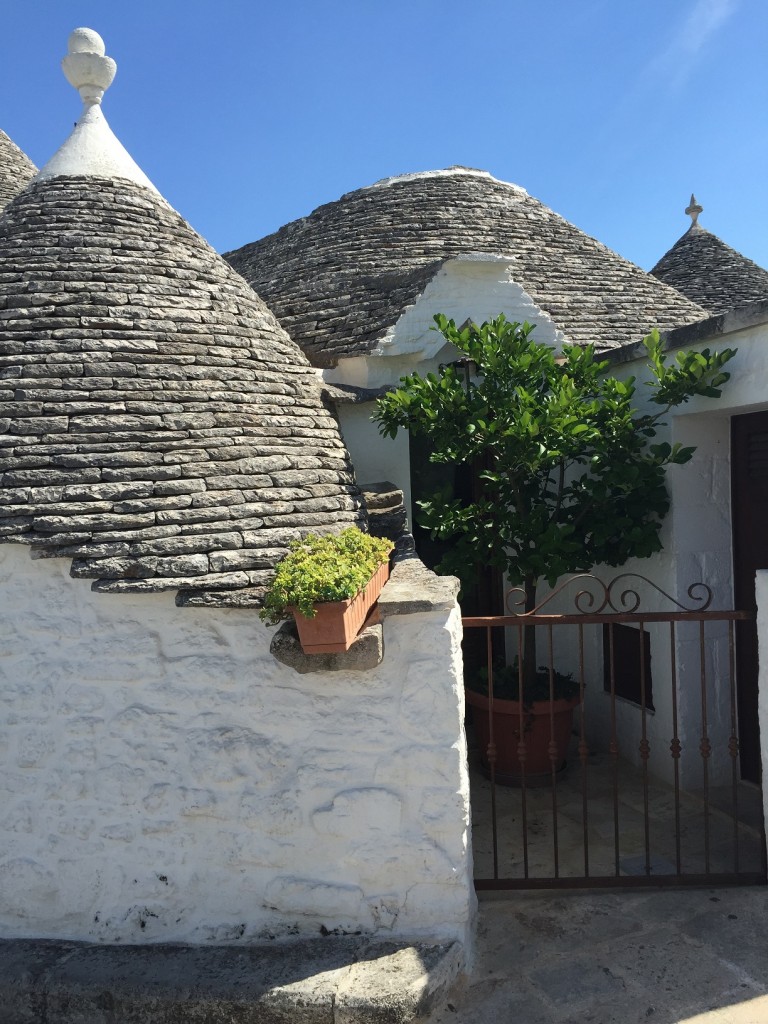 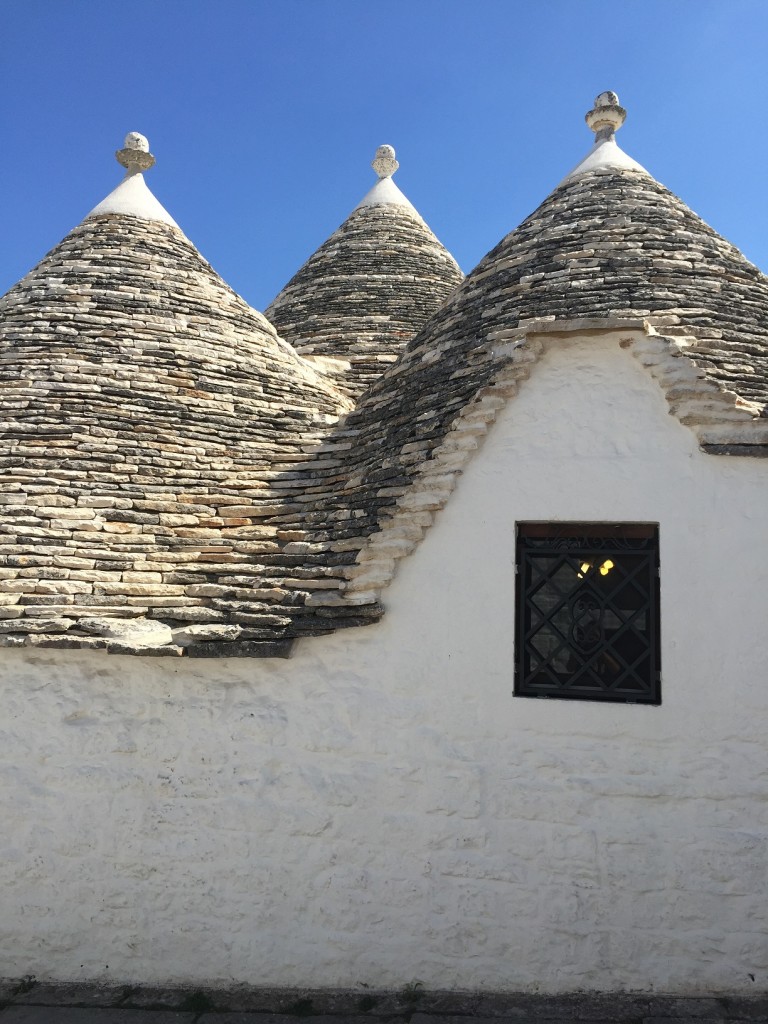 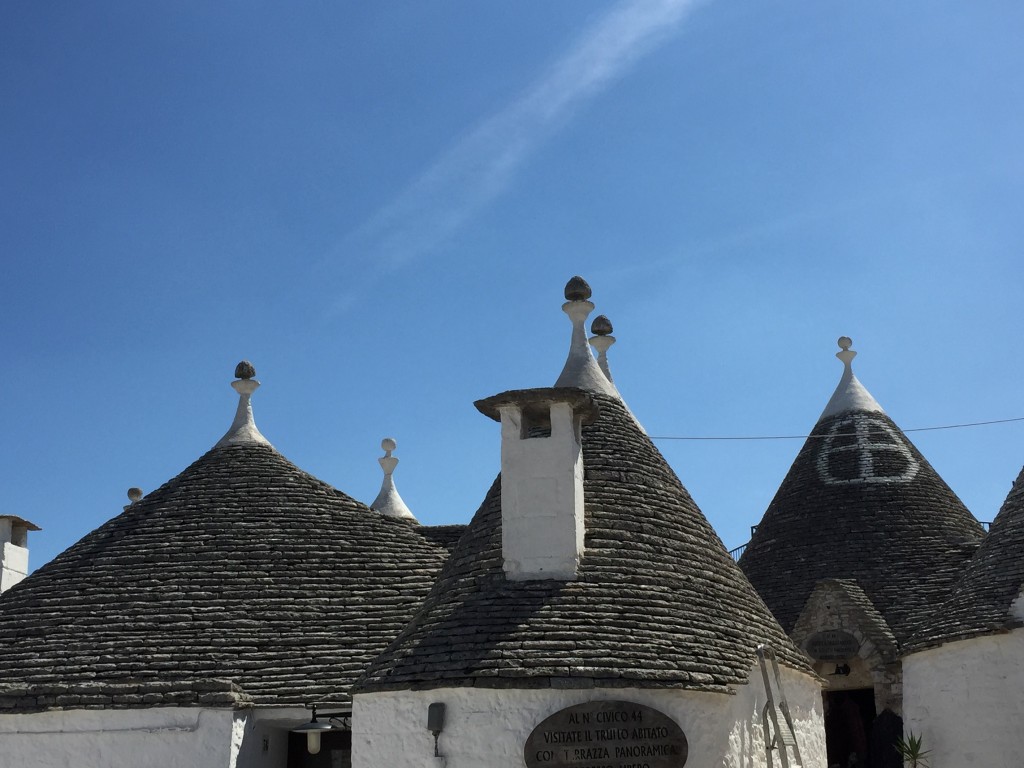 Many are inhabited, but along the way you might find a trullo shop (you’ll definitely see one, they’re everywhere) 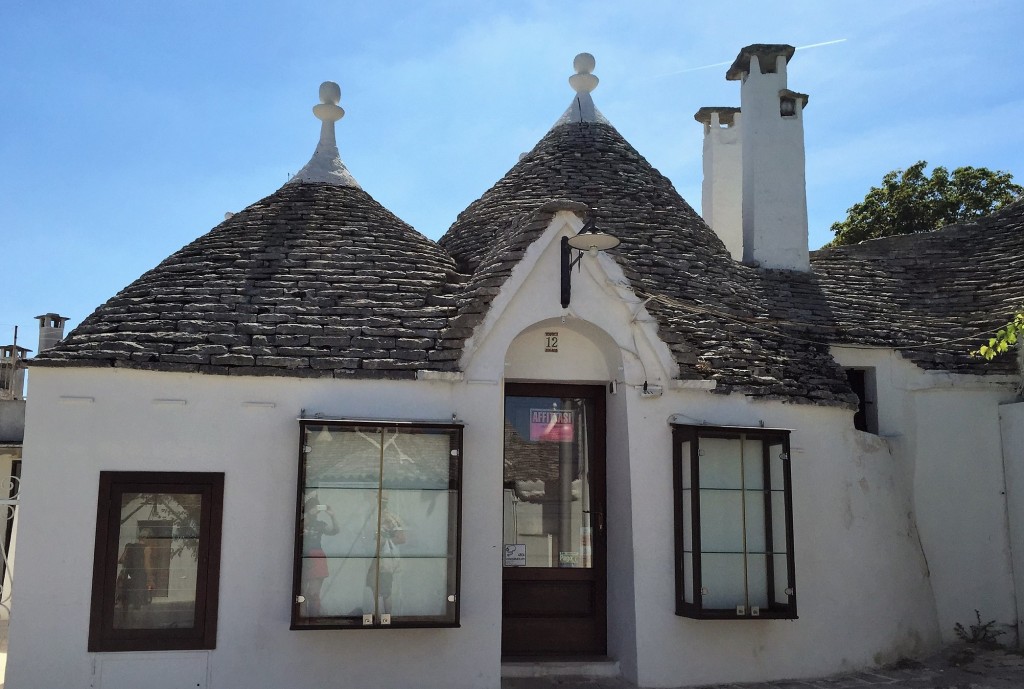 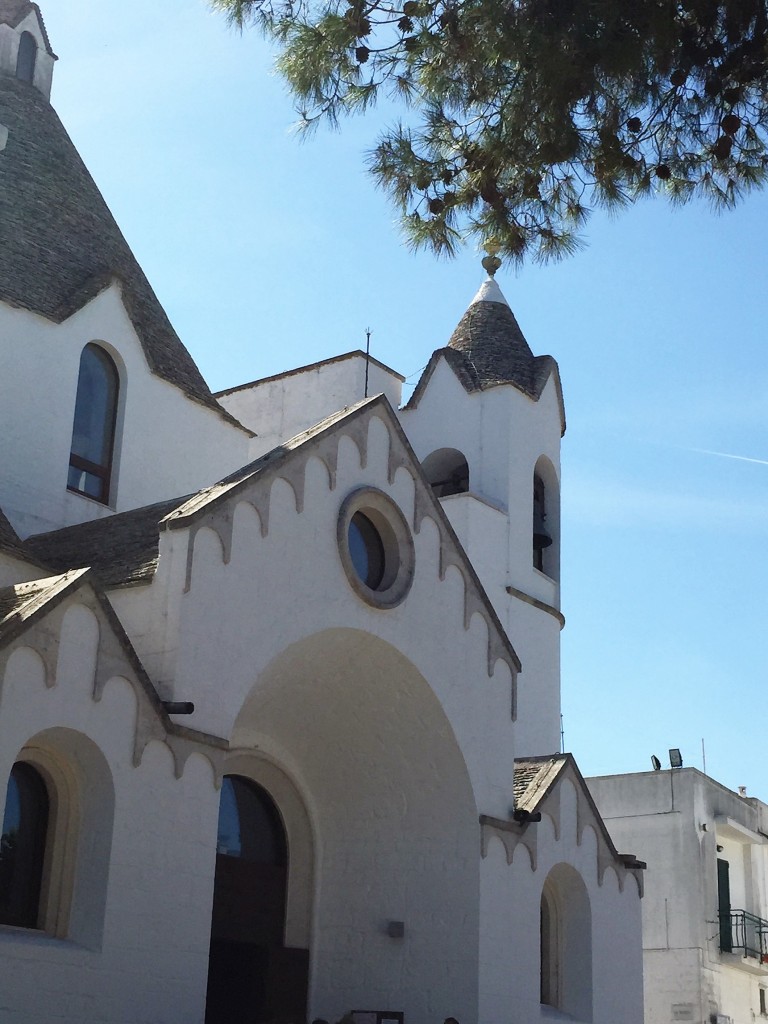 This is what they look like on the inside looking up 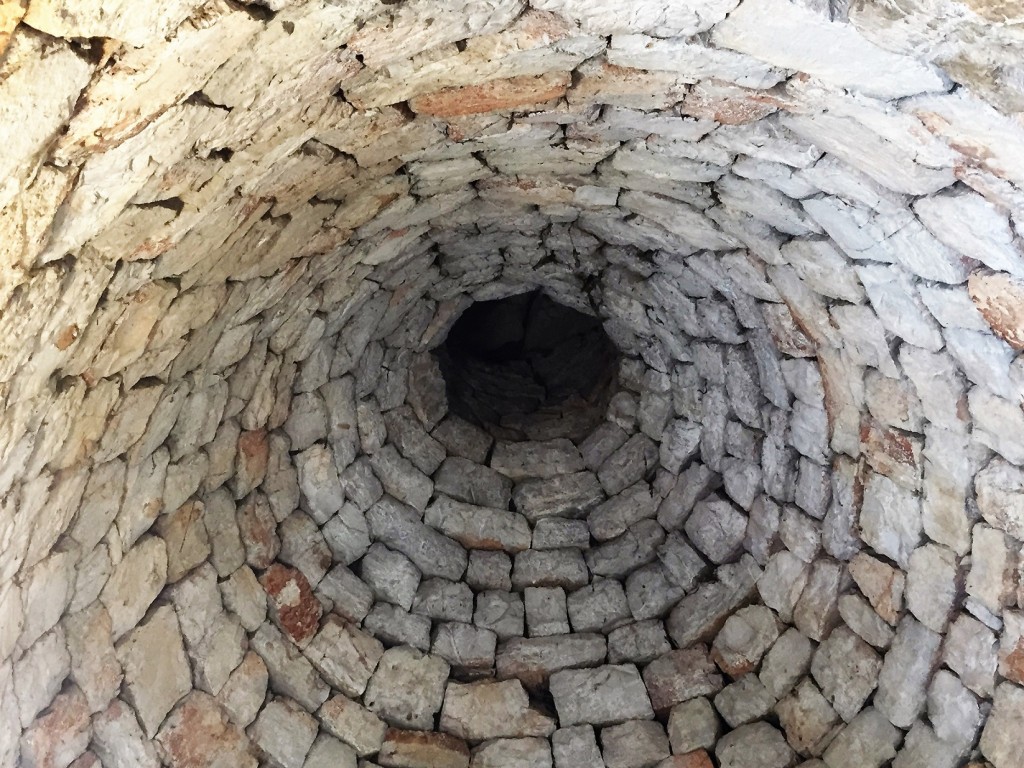 Many roofs have these symbols painted on them. I hoped there were mystical meanings behind them, but they are mostly religious. 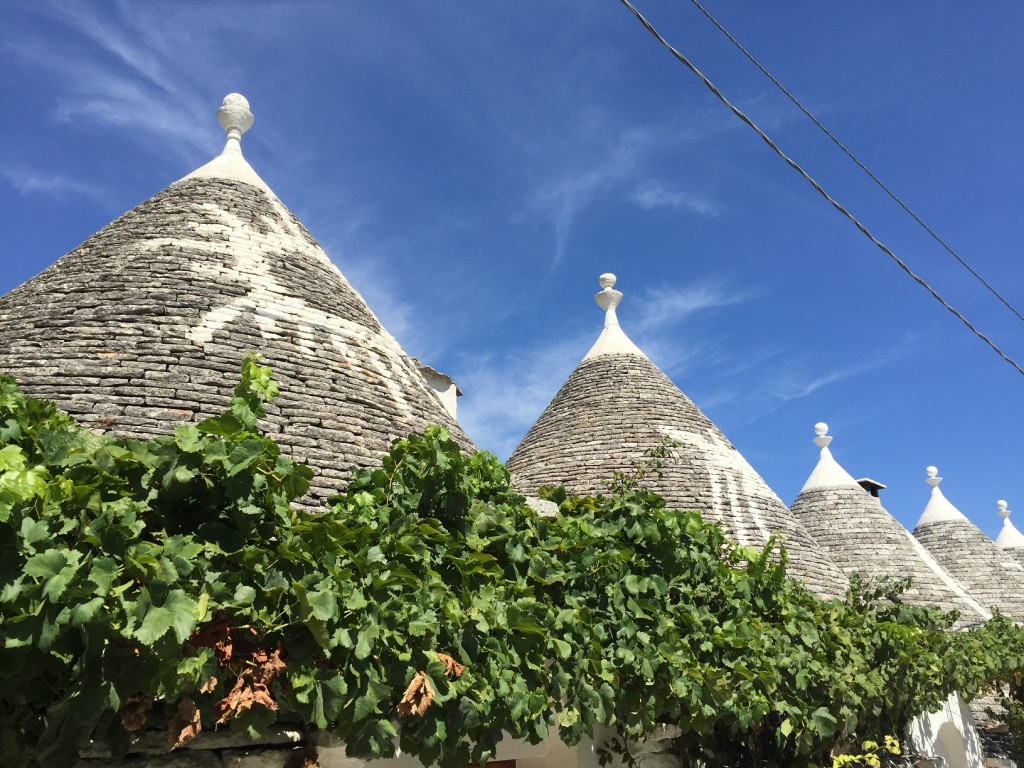 We went on a Sunday which wasn’t my smartest idea, as every man and his dog were out for Sunday lunch and a stroll. Which just meant that we missed out on having lunch at Terra Madre as it was booked out (note to self: always book ahead for Sunday lunch in Italy) but we had a delicious time at Miseriaenobilita instead (the octopus, potato, lemon and mint salad is particularly good).

We found a shop selling mini trulli, so of course we had to buy one. We put mini succulents in ours when we got back home. 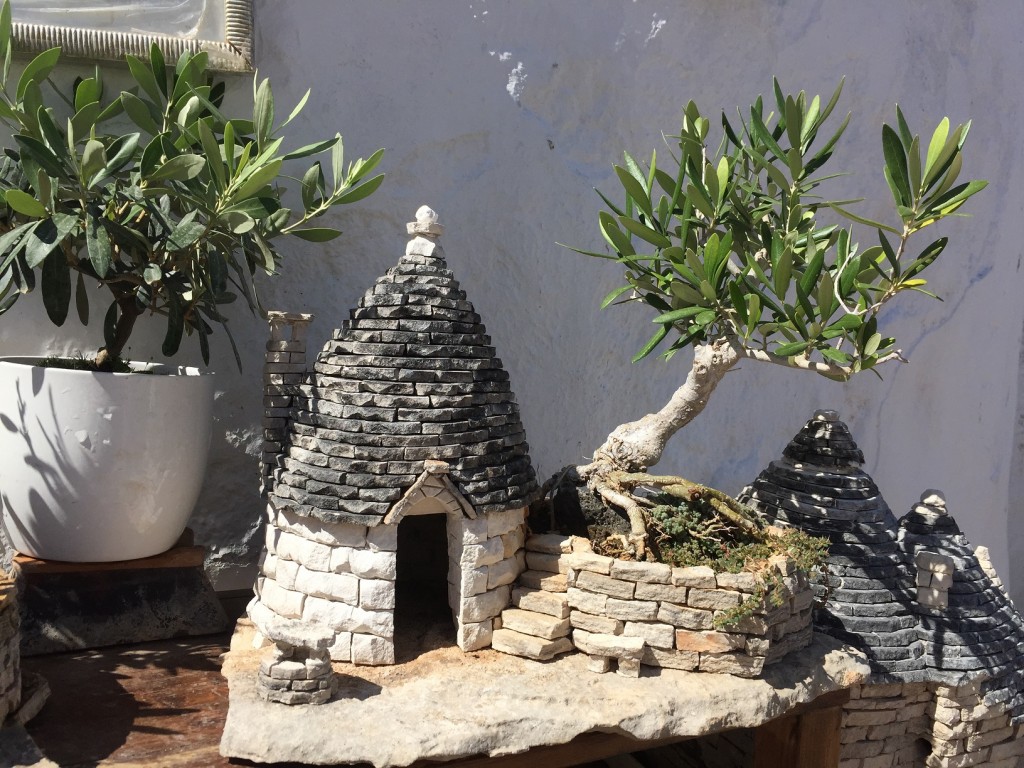 We visited Alberobello as a daytrip from Polignano, but out in the countryside around Alberobello you’ll find trulli you can stay in, which I think would be a lovely experience. Here’s a few from ThinkPuglia in case you’re interested. 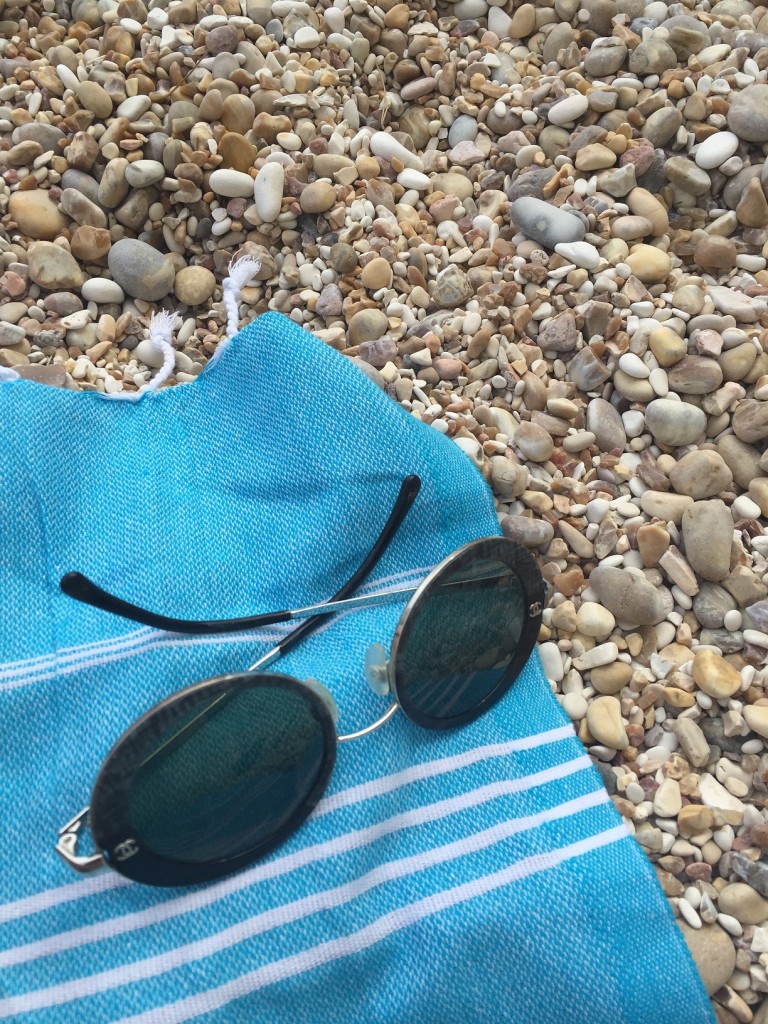 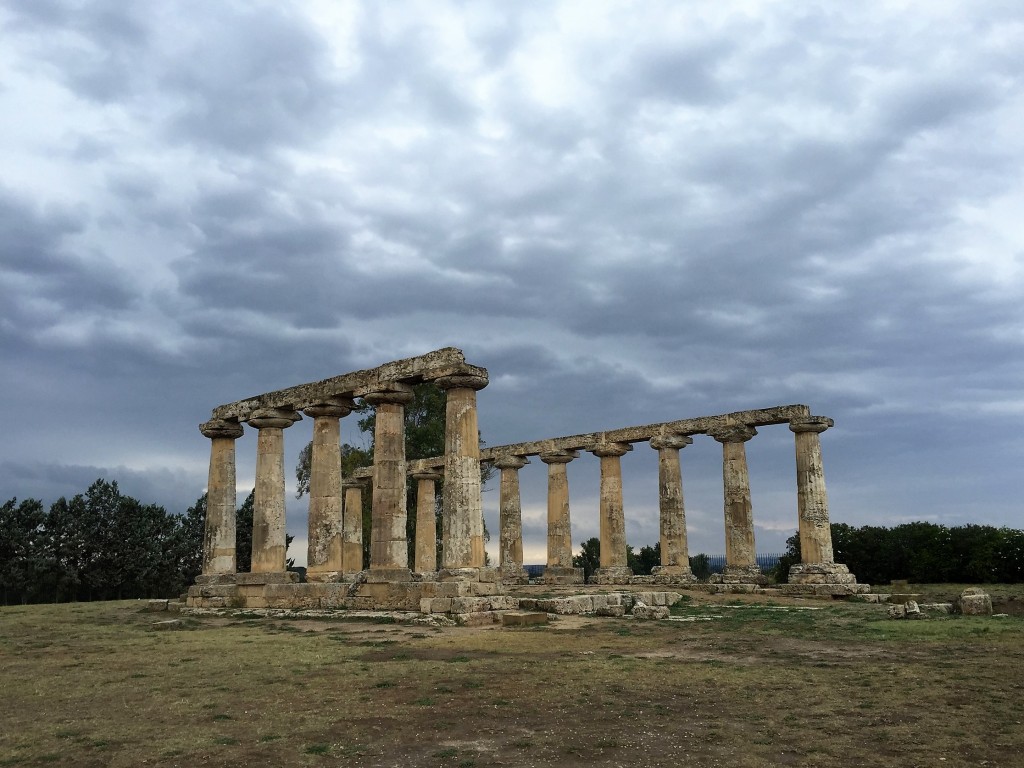 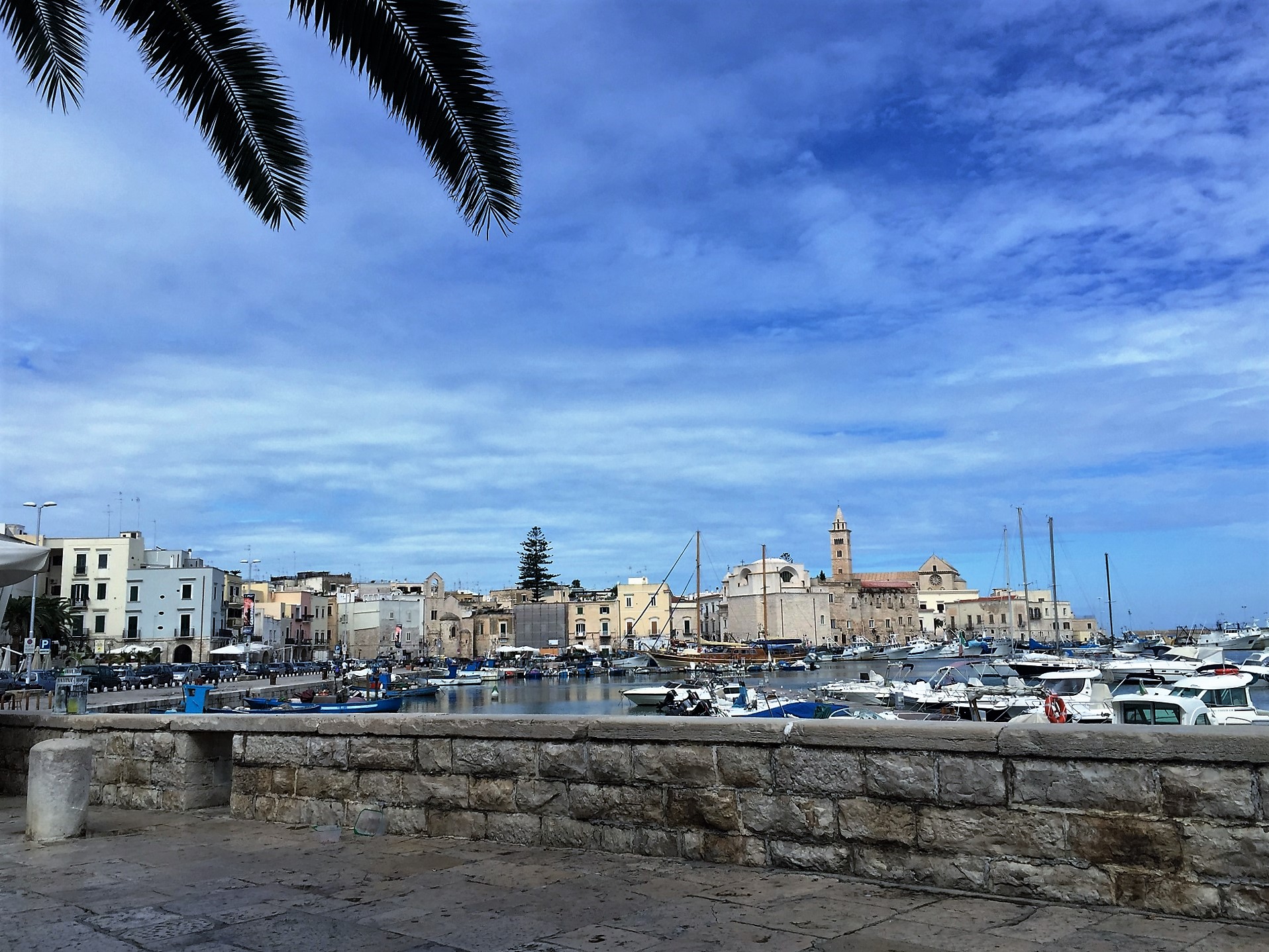